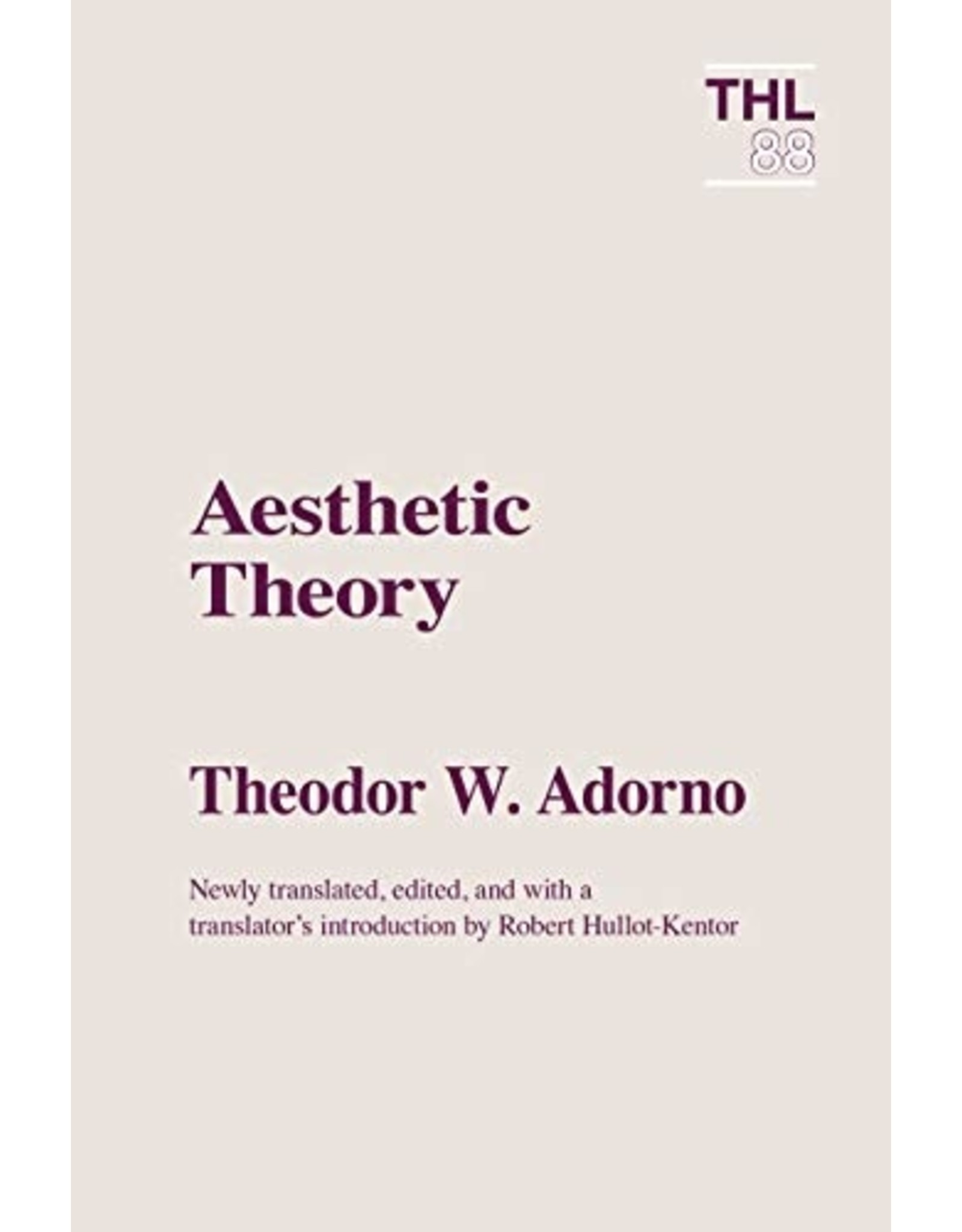 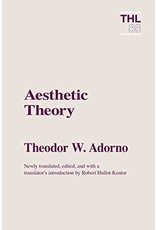 Perhaps the most important aesthetics of the twentieth century appears here newly translated, in English that is for the first time faithful to the intricately demanding language of the original German.

The culmination of a lifetime of aesthetic investigation, Aesthetic Theory is Adorno’s major work, a defense of modernism that is paradoxical in its defense of illusion. In it, Adorno takes up the problem of art in a day when “it goes without saying that nothing concerning art goes without saying.” In the course of his discussion, Adorno revisits such concepts as the sublime, the ugly, and the beautiful, demonstrating that concepts such as these are reservoirs of human experience. These experiences ultimately underlie aesthetics, for in Adorno’s formulation “art is the sedimented history of human misery.”

Robert Hullot-Kentor’s translation painstakingly, yet fluently, reproduces the nuances and particularities of the original. Long awaited and significant, Aesthetic Theory is the clarifying lens through which the whole of Adorno’s work is best viewed, providing a framework within which his other major writings cohere.