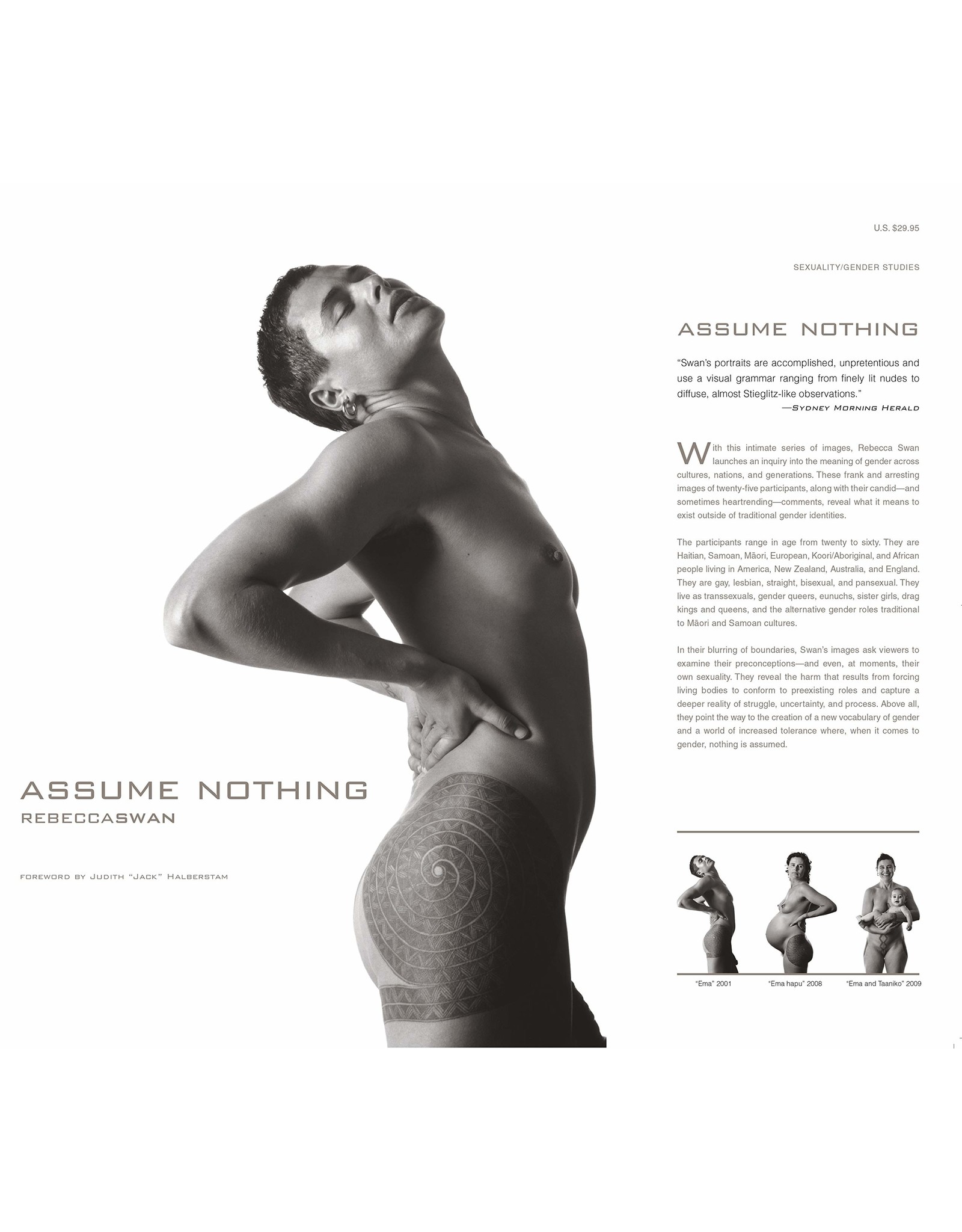 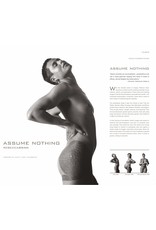 With this intimate series of images, Rebecca Swan launches an inquiry into the understanding of gender across cultures, nations, and generations. Assume Nothing features frank and arresting images of twenty-five participants, along with their candid—and sometimes heartrending—comments about what it has meant to exist outside of traditional gender identities.

The participants range in age from twenty to sixty. They are Haitian American, Samoan New Zealander, Maori, European Australian, Aboriginal, and African English. They are gay, lesbian, straight, bisexual, and pansexual. In terms of gender, they are transsexuals, gender queers, eunuchs, sister girls, drag kings and queens, and the alternative gender roles traditional to Maori and Samoan cultures.

In their blurring of boundaries, Swan’s images ask readers to examine their assumptions—and even, at moments, their own sexuality. They reveal the harm that results from forcing living bodies to conform to preexisting roles and capture a deeper reality of struggle, uncertainty, and process. Above all, they point the way to the creation of a new vocabulary of gender and a world of increased tolerance where, when it comes to gender, nothing is assumed.