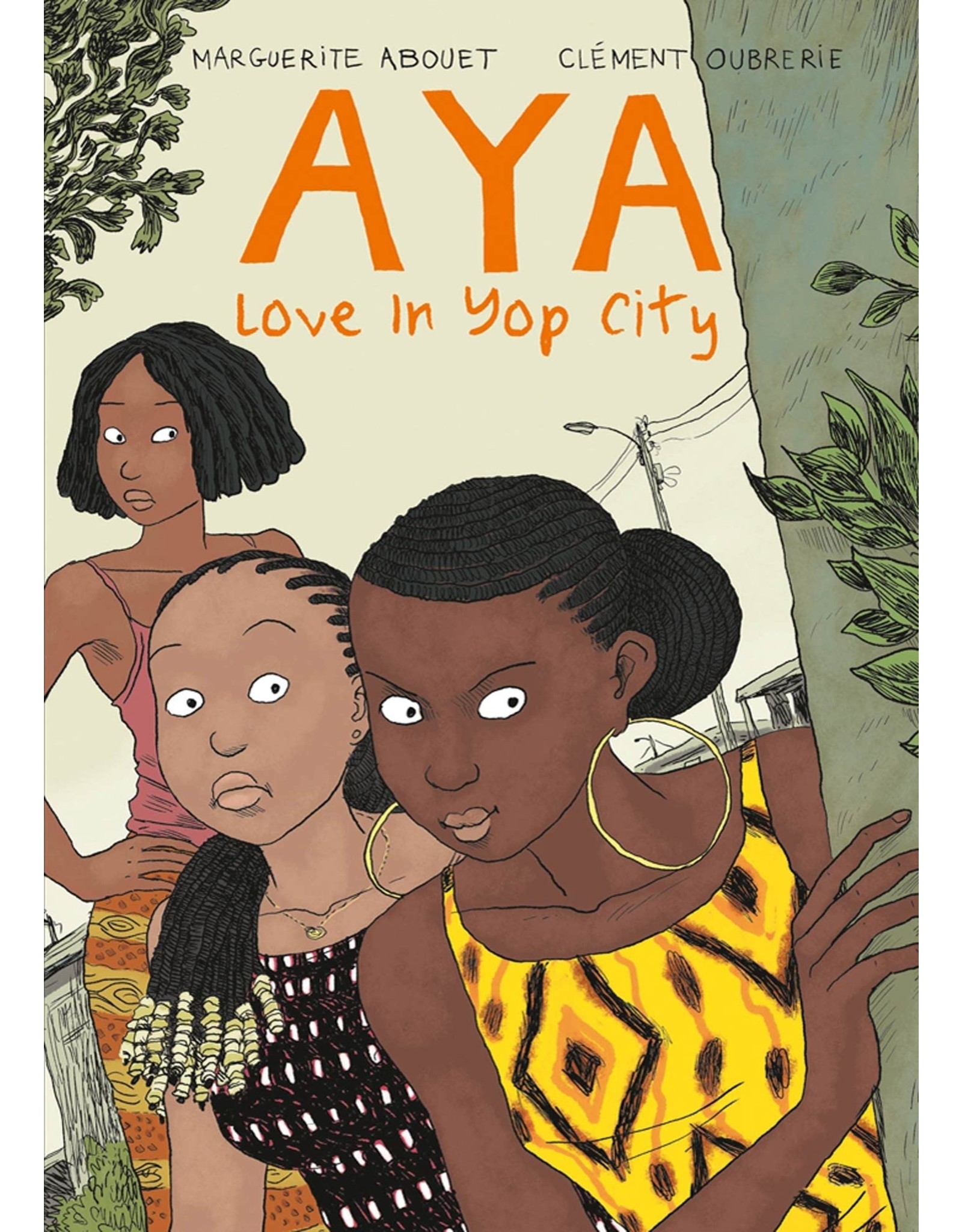 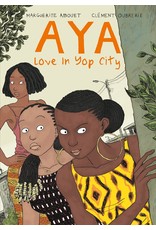 Aya: Love in Yop City comprises the final three chapters of the Aya story, episodes never before seen in English. Aya is a lighthearted account of life in the Ivory Coast during the 1970s, a particularly thriving and wealthy time in the country's history. While the stories found in Aya: Love in Yop City maintain their familiar tone, quick pace, and joyfulness, we see Aya and her friends beginning to make serious decisions about their future. When a professor tries to take advantage of Aya, her plans to become a doctor are seriously shaken, and she vows to take revenge on the lecherous man. With a little help from the tight-knit community of Yopougon, Aya comes through these trials stronger than ever.

This second volume of the complete Aya includes unique appendices, recipes, guides to understanding Ivorian slang, street sketches, and concluding remarks from Marguerite Abouet explaining history and social milieu. Inspired by Abouet's childhood, the series has received praise for offering relief from the disaster-struck focus of most stories set in Africa. Aya is the winner of the Best First Album award at the Angouleme International Comics Festival; was nominated for the YALSA's Great Graphic Novels list; and was included on "best of" lists from The Washington Post, Booklist, Publishers Weekly, and School Library Journal.

Aya: Love in Yop City has been translated from the French by Helge Dascher. Dascher has been translating graphic novels from French and German to English for over twenty years. A contributor to Drawn & Quarterly since the early days, her translations include acclaimed titles such as Hostage by Guy Delisle and Beautiful Darkness by Fabien Vehlmann and Kerascoët. With a background in art history and history, she also translates books and exhibitions for museums in North America and Europe. She lives in Montreal.