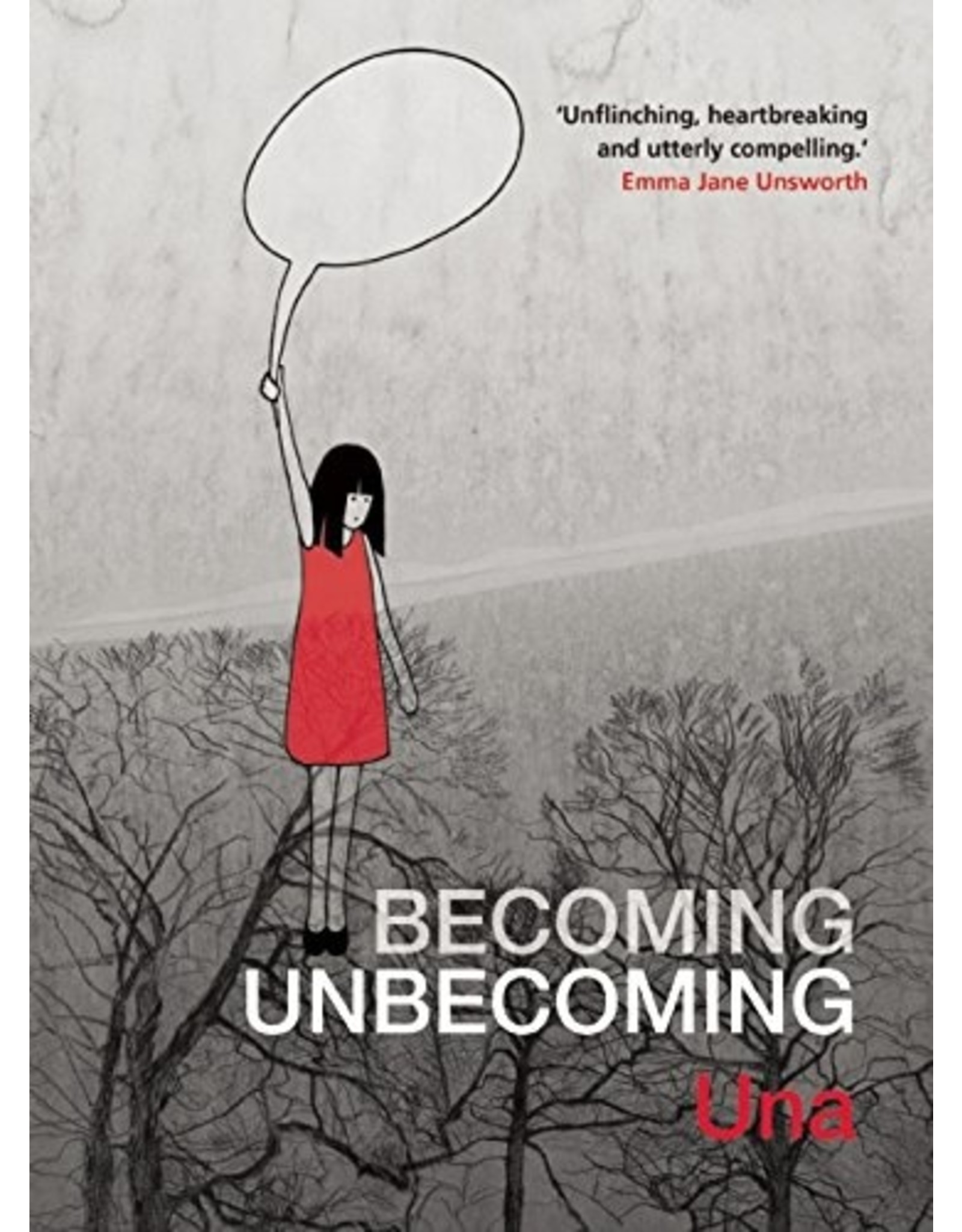 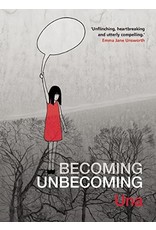 This extraordinary graphic novel is a powerful denunciation of sexual violence against women. As seen through the eyes of a twelve-year-old girl named Una, it takes place in northern England in 1977, as the Yorkshire Ripper, a serial killer of prostitutes, is on the loose and creating panic among the townspeople. As the police struggle in their clumsy attempts to find the killer, and the headlines in the local paper become more urgent, a once self-confident Una teaches herself to "lower her gaze" in order to deflect attention from boys.

After she is "slut-shamed" at school for having birth control pills, Una herself is the subject of violent acts for which she comes to blame herself. But as the police finally catch up with and identify the killer, Una grapples with the patterns of behaviour that led her to believe she was to blame.

Becoming Unbecoming combines various styles, press clippings, photo-based illustrations, and splashes of colour to convey young Una's sense of confusion and rage, as well as sobering statistics on sexual violence against women. The book is a no-holds-barred indictment of sexual violence against women and the shame and blame of its victims that also celebrates the empowerment of those able to gain control over their selves and their bodies.