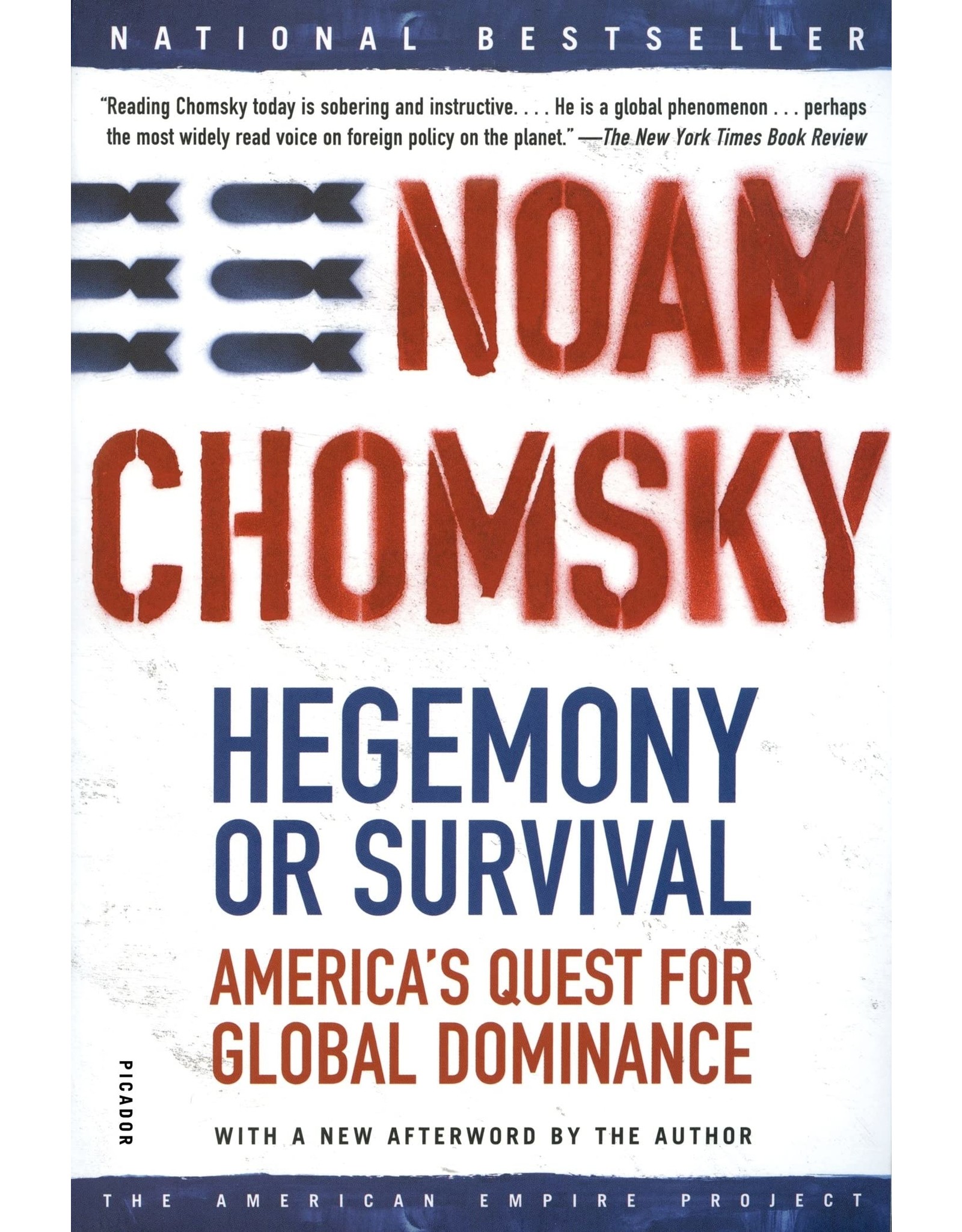 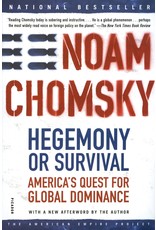 An immediate national bestseller, Hegemony or Survival demonstrates how, for more than half a century the United States has been pursuing a grand imperial strategy with the aim of staking out the globe. Our leaders have shown themselves willing-as in the Cuban missile crisis-to follow the dream of dominance no matter how high the risks. World-renowned intellectual Noam Chomsky investigates how we came to this perilous moment and why our rulers are willing to jeopardize the future of our species.

With the striking logic that is his trademark, Chomsky tracks the U.S. government's aggressive pursuit of "full spectrum dominance" and vividly lays out how the most recent manifestations of the politics of global control-from unilateralism to the dismantling of international agreements to state terrorism-cohere in a drive for hegemony that ultimately threatens our existence. Lucidly written, thoroughly documented, and featuring a new afterword by the author, Hegemony or Survival is a definitive statement from one of today's most influential thinkers.