Hello Cruel World: 101 Alternatives to Suicide for Teens, Freaks, and Other Outlaws

Home / Hello Cruel World: 101 Alternatives to Suicide for Teens, Freaks, and Other Outlaws 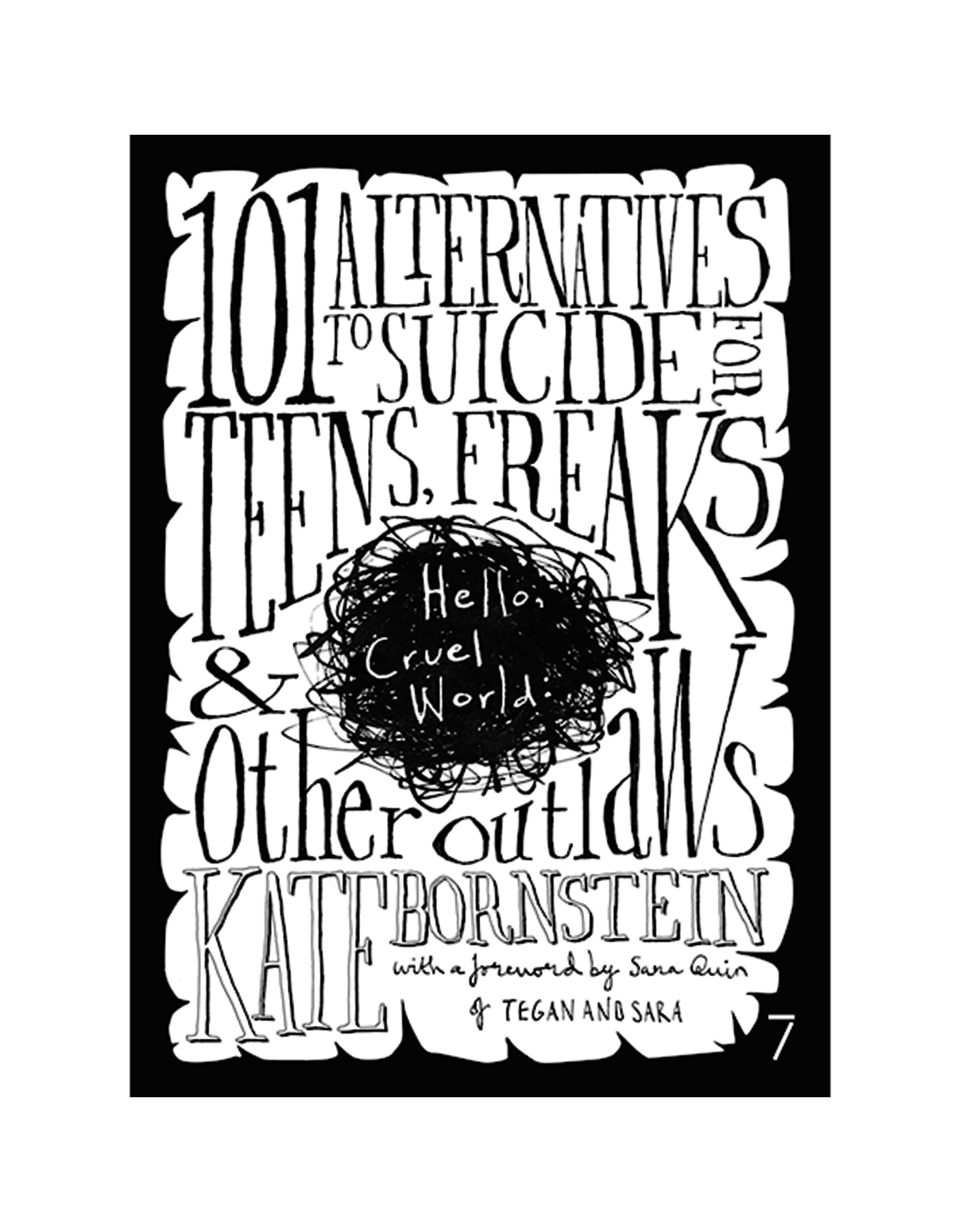 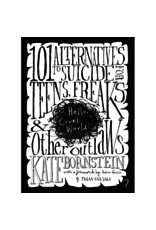 Celebrated transgender trailblazer Kate Bornstein has, with more humor and spunk than any other, ushered us into a world of limitless possibility through a daring re-envisionment of the gender system as we know it.

Here, Bornstein bravely and wittily shares personal and unorthodox methods of survival in an often cruel world. A one-of-a-kind guide to staying alive outside the box, Hello, Cruel World is a much-needed unconventional approach to life for those who want to stay on the edge, but alive.
Hello, Cruel World features a catalog of 101 alternatives to suicide that range from the playful (moisturize!), to the irreverent (shatter some family values), to the highly controversial. Designed to encourage readers to give themselves permission to unleash their hearts' harmless desires, the book has only one directive: "Don't be mean." It is this guiding principle that brings its reader on a self-validating journey, which forges wholly new paths toward a resounding decision to choose life.