In the Break: The Aesthetics of the Black Radical Tradition

Home / In the Break: The Aesthetics of the Black Radical Tradition 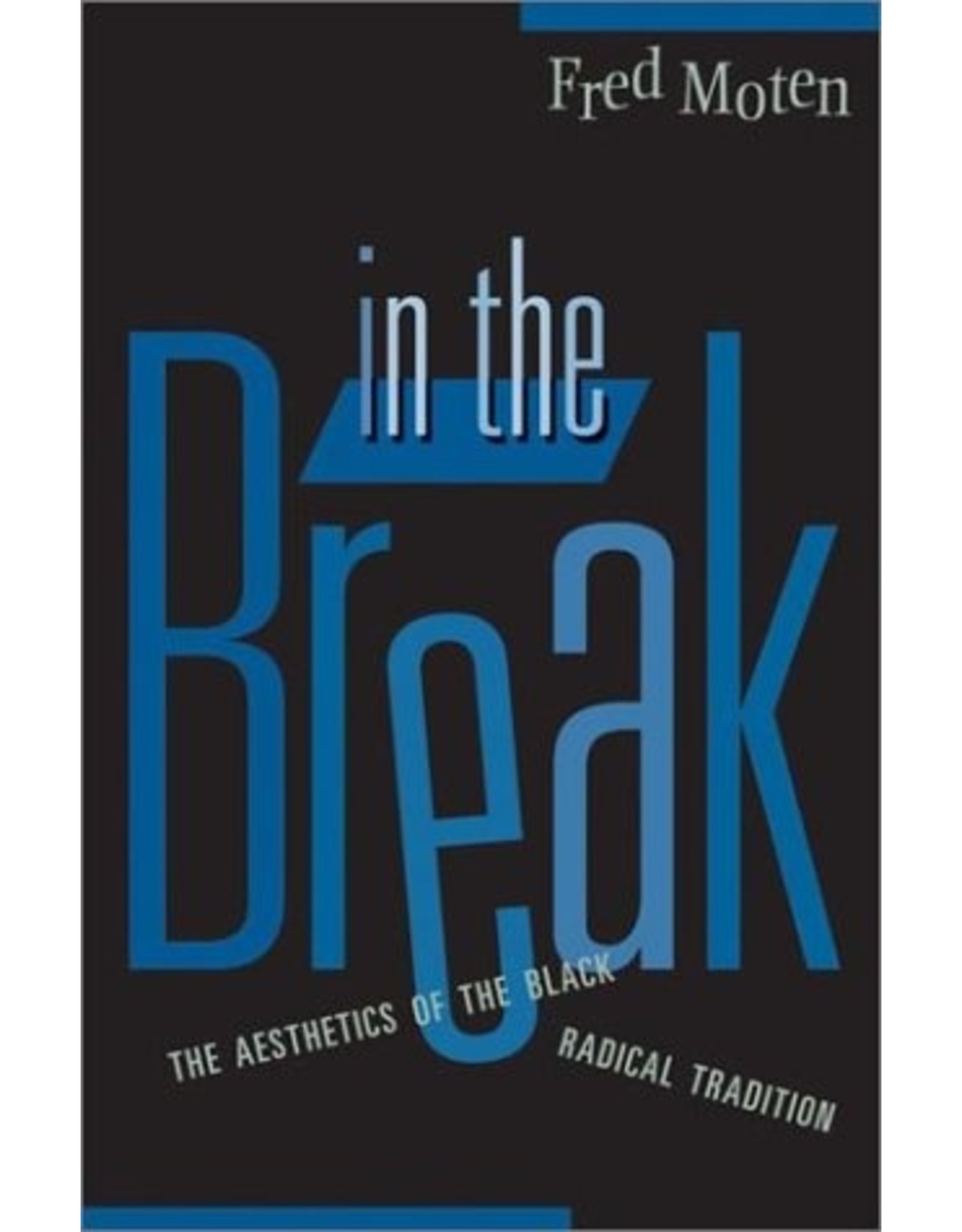 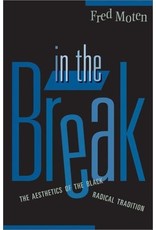 In his controversial essay on white jazz musician Burton Greene, Amiri Baraka asserted that jazz was exclusively an African American art form and explicitly fused the idea of a black aesthetic with radical political traditions of the African diaspora. In the Break is an extended riff on “The Burton Greene Affair,” exploring the tangled relationship between black avant-garde in music and literature in the 1950s and 1960s, the emergence of a distinct form of black cultural nationalism, and the complex engagement with and disavowal of homoeroticism that bridges the two. Fred Moten focuses in particular on the brilliant improvisatory jazz of John Coltrane, Ornette Coleman, Albert Ayler, Eric Dolphy, Charles Mingus, and others, arguing that all black performance—culture, politics, sexuality, identity, and blackness itself—is improvisation.

For Moten, improvisation provides a unique epistemological standpoint from which to investigate the provocative connections between black aesthetics and Western philosophy. He engages in a strenuous critical analysis of Western philosophy (Heidegger, Kant, Husserl, Wittgenstein, and Derrida) through the prism of radical black thought and culture. As the critical, lyrical, and disruptive performance of the human, Moten’s concept of blackness also brings such figures as Frederick Douglass and Karl Marx, Cecil Taylor and Samuel R. Delany, Billie Holiday and William Shakespeare into conversation with each other.

Stylistically brilliant and challenging, much like the music he writes about, Moten’s wide-ranging discussion embraces a variety of disciplines—semiotics, deconstruction, genre theory, social history, and psychoanalysis—to understand the politicized sexuality, particularly homoeroticism, underpinning black radicalism. In the Break is the inaugural volume in Moten’s ambitious intellectual project-to establish an aesthetic genealogy of the black radical tradition.