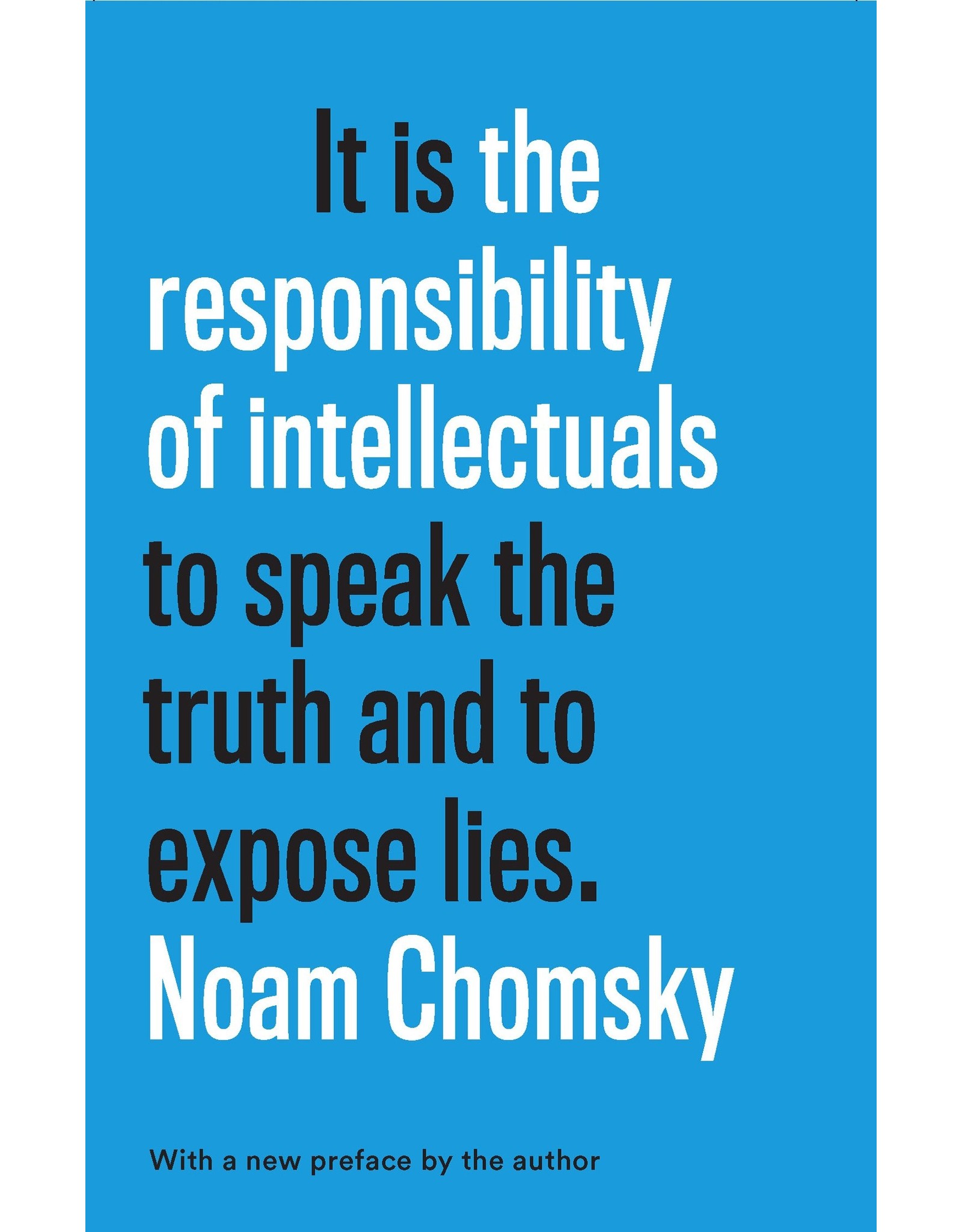 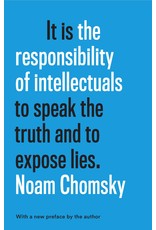 Fifty years after it first appeared, one of Noam Chomsky?s greatest essays will be published for the first time as a timely stand-alone book, with a new preface by the author

As a nineteen-year-old undergraduate in 1947, Noam Chomsky was deeply affected by articles about the responsibility of intellectuals written by Dwight Macdonald, an editor of Partisan Review and then of Politics. Twenty years later, as the Vietnam War was escalating, Chomsky turned to the question himself, noting that “intellectuals are in a position to expose the lies of governments” and to analyze their “often hidden intentions.”

Originally published in the New York Review of Books, Chomsky’s essay eviscerated the “hypocritical moralism of the past” (such as when Woodrow Wilson set out to teach Latin Americans “the art of good government”) and exposed the shameful policies in Vietnam and the role of intellectuals in justifying it.