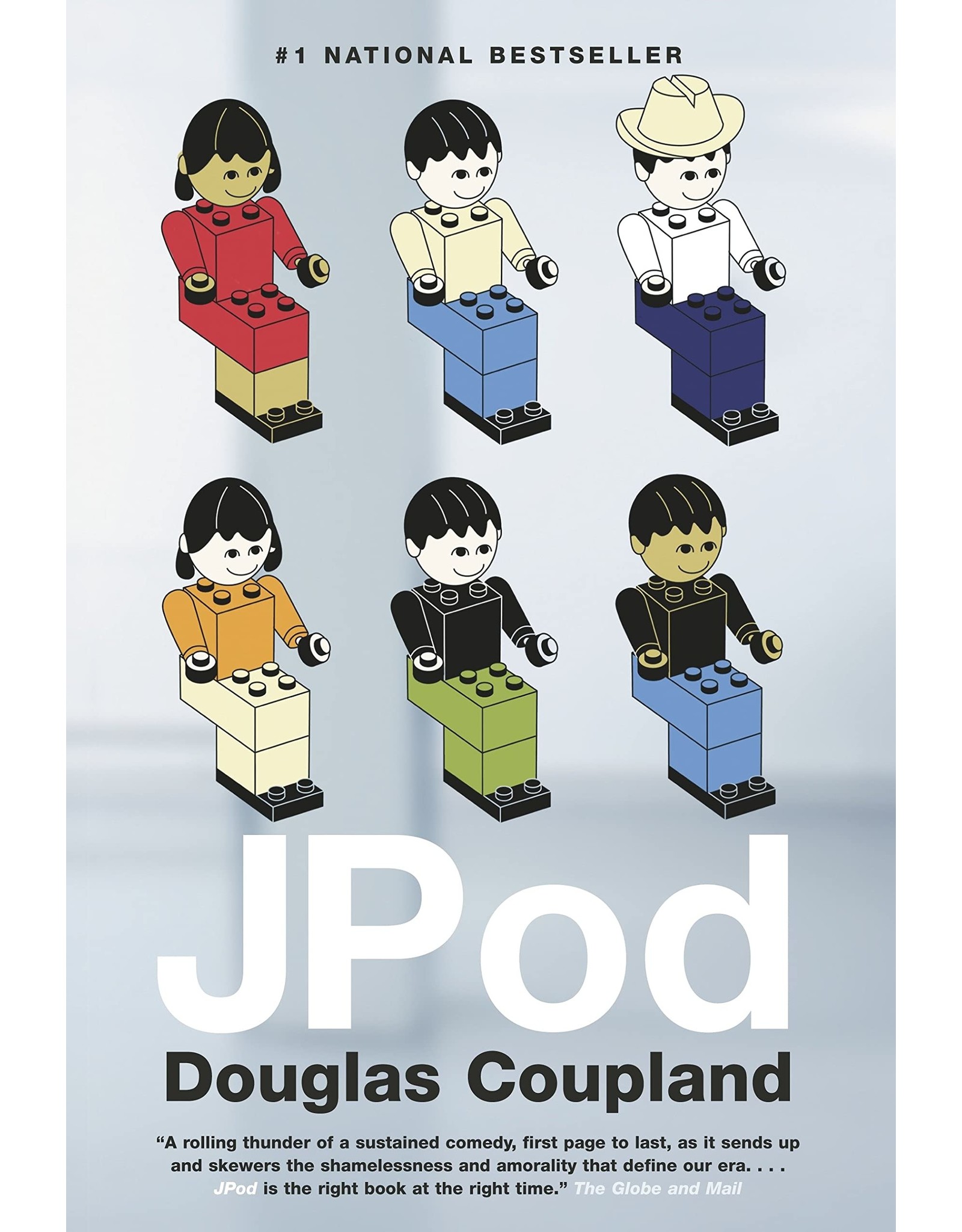 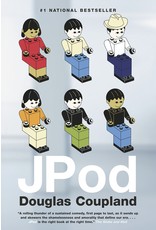 A lethal joyride into today’s new breed of technogeeks, Coupland’s forthcoming novel updates Microserfs for the age of Google.

Ethan Jarlewski and five co-workers whose names start with J are bureaucratically marooned in jPod. jPod is a no-escape architectural limbo on the fringes of a massive Vancouver game design company.

The six workers daily confront the forces that define our era: global piracy, boneheaded marketing staff, people smuggling, the rise of China, marijuana grow ops, Jeff Probst, and the ashes of the 1990s financial tech dream. jPod’s universe is amoral and shameless. The characters are products of their era even as they’re creating it.

Everybody in Ethan’s life inhabits a moral grey zone. Nobody is exempt, not even his seemingly straitlaced parents or Coupland himself, as readers will see.

Full of word games, visual jokes and sideways jabs, this book throws a sharp, pointed lawn dart into the heart of contemporary life. jPod is Douglas Coupland at the top of his game.