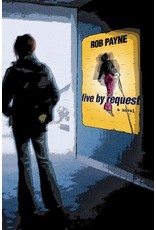 On paper, Jay Thompson is a 26-year-old bartender going nowhere. But his burning desire is to be a working musician, or failing that, a working songwriter. Together in pursuit of the dream is his band, Archangel: Tyler, headstrong composer of the experimental rock opera “Space Oddity #2”; Jan, the sassy bass player and object of Jay’s affection; and Noel, the Gap-wearing, scissor-kicking guitar player, who spends his days labouring in the corporate world.

But things aren’t going too well. First of all, no one can agree on a name for the band. “Archangel” just doesn’t cut it and “Pure Energy” is likely to attract herbalists and ravers. “Trailer”? Now there’s a name for a real band. Secondly, they're getting fed up with their only gig—a Sunday night show in an empty pub, where they’ve just blown their only chance at fame. To make matters worse, Jay’s family is falling apart and he’s left to look after his horny but lonely 15-year-old brother while his self-absorbed parents pursue their own lives. But rather than despair, Jay, Tyler, Noel and Jan hatch a plan to sell themselves as a Christian rock band—and readers are taken for a highly entertaining ride.

Set on the Canada–US border, Live By Request follows the exploits of a band on the run—from obscurity, boredom, and sometimes, even themselves. At the same time, it reveals a new hero for the millennium—Jay is today’s twentysomething everyman who teeters between hope and sarcasm, trying to make his own mark on the stage of life. Funny, honest and irreverent, Live By Request is an impressive fiction debut.
Add your review
0 stars based on 0 reviews