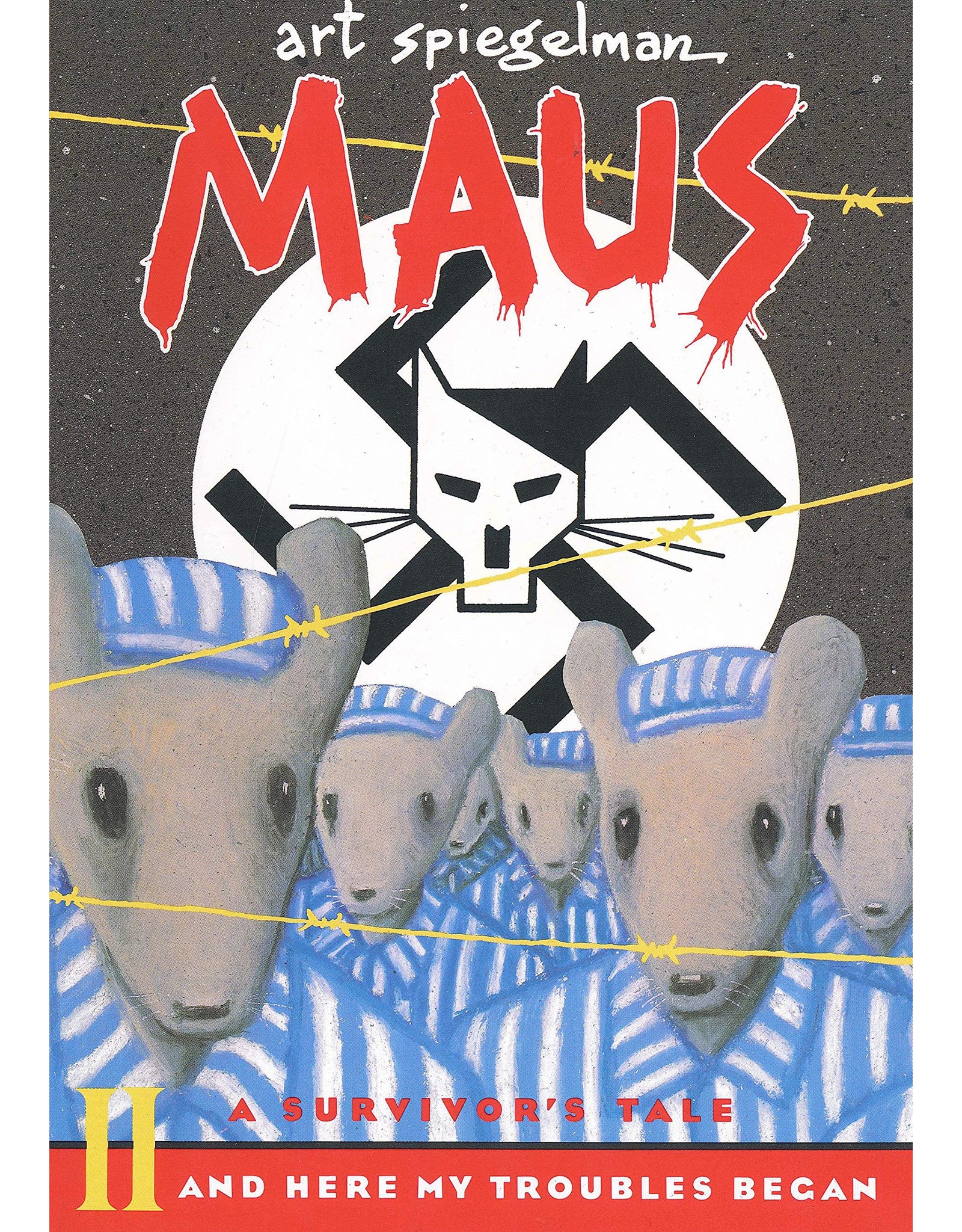 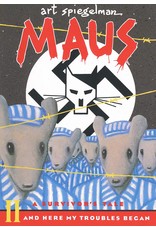 Acclaimed as a quiet triumph and a brutally moving work of art, the first volume of Art Spiegelman's Maus introduced readers to Vladek Spieglman, a Jewish survivor of Hitler's Europe, and his son, a cartoonist trying to come to terms with his father, his father's terrifying story, and History itself. Its form, the cartoon (the Nazis are cats, the Jews mice), succeeds perfectly in shocking us out of any lingering sense of familiarity with the events described, approaching, as it does, the unspeakable through the diminutive.

This second volume, subtitled And Here My Troubles Began, moves us from the barracks of Auschwitz to the bungalows of the Catskills. Genuinely tragic and comic by turns, it attains a complexity of theme and a precision of thought new to comics and rare in any medium. Maus ties together two powerful stories: Vladek's harrowing take of survival against all odds, delineating the paradox of family life in the death camps, and the author's account of his tortured relationship with his aging father. At every level this is the ultimate survivor's tale—and that too of the children who somehow survive even the survivors.