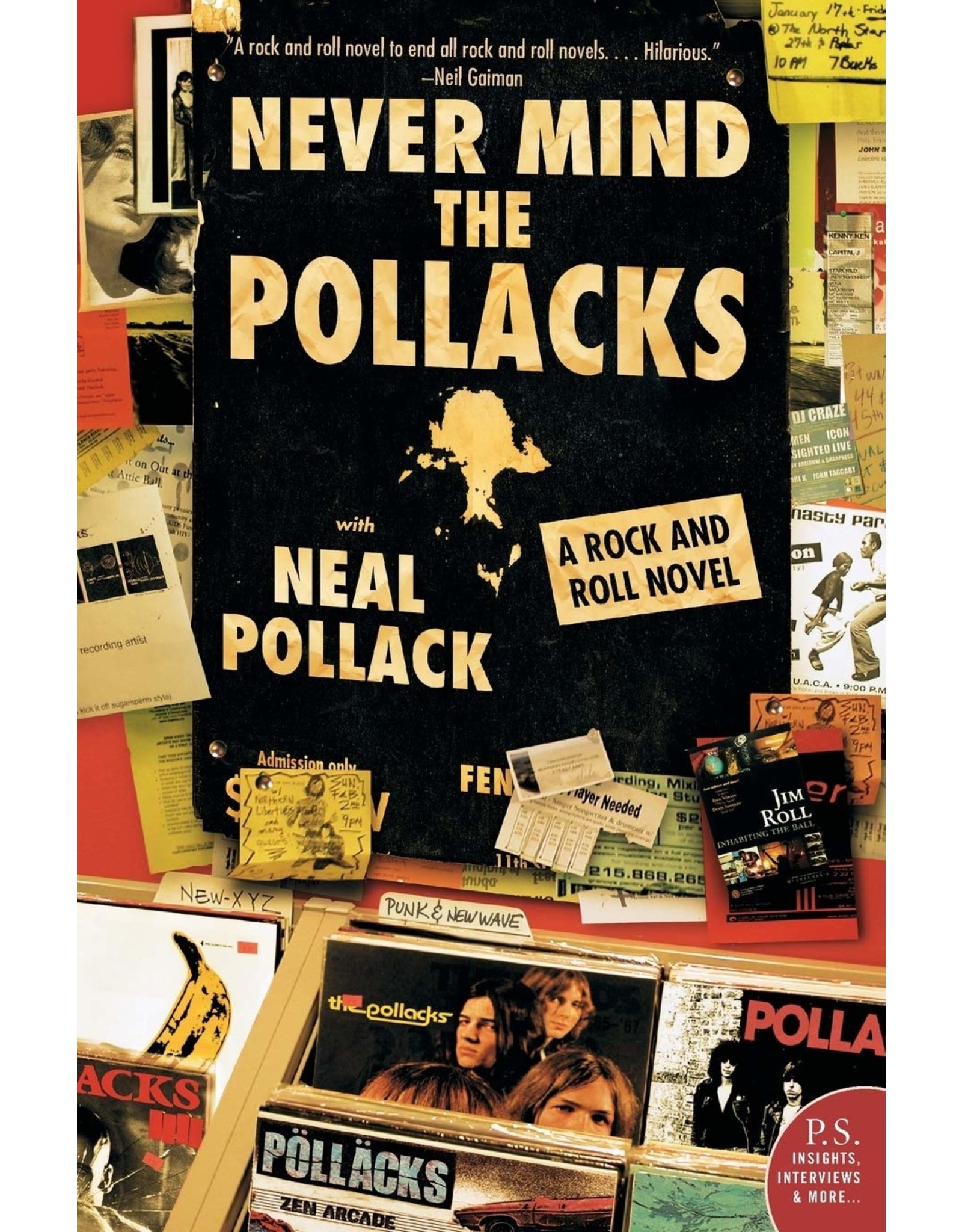 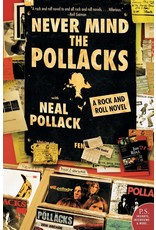 These names defined the mayhem, excess and glory of American rock for half a century, but only Neal Pollack was there for every note of every show, except for the shows he missed. Only Neal Pollack saw Memphis with Elvis, the Village with Dylan, and the depressed Pacific Northwest with Kurt Cobain. Only Neal Pollack had the extra-potent cough syrup that they all so desperately craved.

From the twisted mind of America’s most-photographed satirist comes a raw protean yawp from the depths of nowhere, a hilarious trip through time that savagely parodies the history of rock-‘n’-roll and its grandiloquent journalism.

Never Mind the Pollacks is a rock novel that really rocks. Like a classic album, it opens with a kick in the guts, proceeds to a bite in the shins, and ends with an uppercut to the jaw, leaving you bloodied, awed, and grateful. Along the way, it manages to uncover America’s sellouts and false idols. So drink some cough syrup and put on Iggy and the Stooges’ Raw Power. Better yet, burn your copy of Raw Power and listen to something new. Because rock, like literature, must destroy itself. Thankfully, Neal Pollack is here to kill them both.