Punch Out the President (and Pals): A Paperdoll Book Starring W. and Friends

Home / Punch Out the President (and Pals): A Paperdoll Book Starring W. and Friends 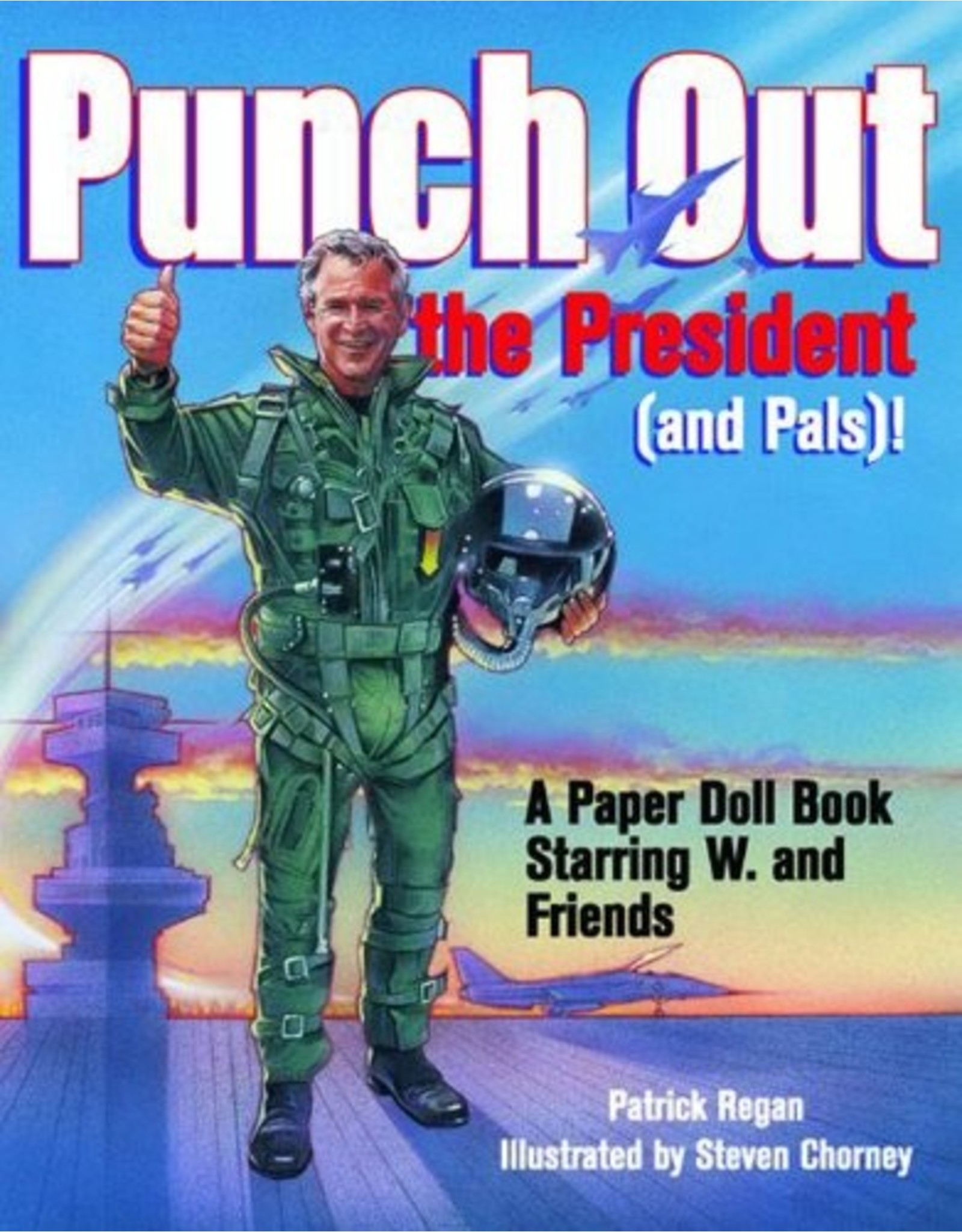 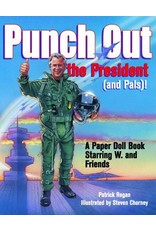 Have you ever wondered what it would have been like to party with George W. during his freewheeling frat days at Yale? Have you ever noticed the eerie similarities between Vice President Cheney and Austin Powers' Dr. Evil? Have you ever wondered what it would be like to cast Donald Rumsfeld in the role of a chickenhawk-like superhero? Well, wonder no more! With the Punch Out the President! (and Pals) paper doll set, you can experience these playtime scenarios and many, many more!

Punch Out the President! includes four honest-to-goodness (okay, perhaps that's not the most appropriate phrase in this case) ten-inch-tall, perforated paper dolls including George W., Dick Cheney, Donald Rumsfeld, and the ever-animated Attorney General John Ashcroft. (Be warned, readers of faint heart, the dolls-Cheney included-come clad only in their skivvies!) Along with the four horsemen of the ridiculous, the set includes 16 outfits (four for each doll) and loads of clever accessories. Dick Cheney as a long-haired, tree-hugging neo-hippie? Why not?! Rummy as Beat Poet in beret and black turtleneck sweater? Sure! Ashcroft as a dandy art critic? Of course. After all, these outfits are no more ridiculous than the Commander in Chief decked out in his infamous flight suit, right?

The possibilities are enormous-and the outfits are hilarious. The emperor may have no clothes, but these guys have closets so full there's hardly any room for the skeletons. And unlike most things in Washington, this play set really works! The outfits and accessories attach to the dolls with fold-down tabs just like the ones we played with as kids.

Adding to all this fun is insightful (or more properly, incite-ful) commentary for each outfit, outrageous-but-true quotes, clever quizzes and games, and plenty of other surprises along the way. All-in-all, Punch Out the President is a true and fitting tribute to the D.C. boys club.