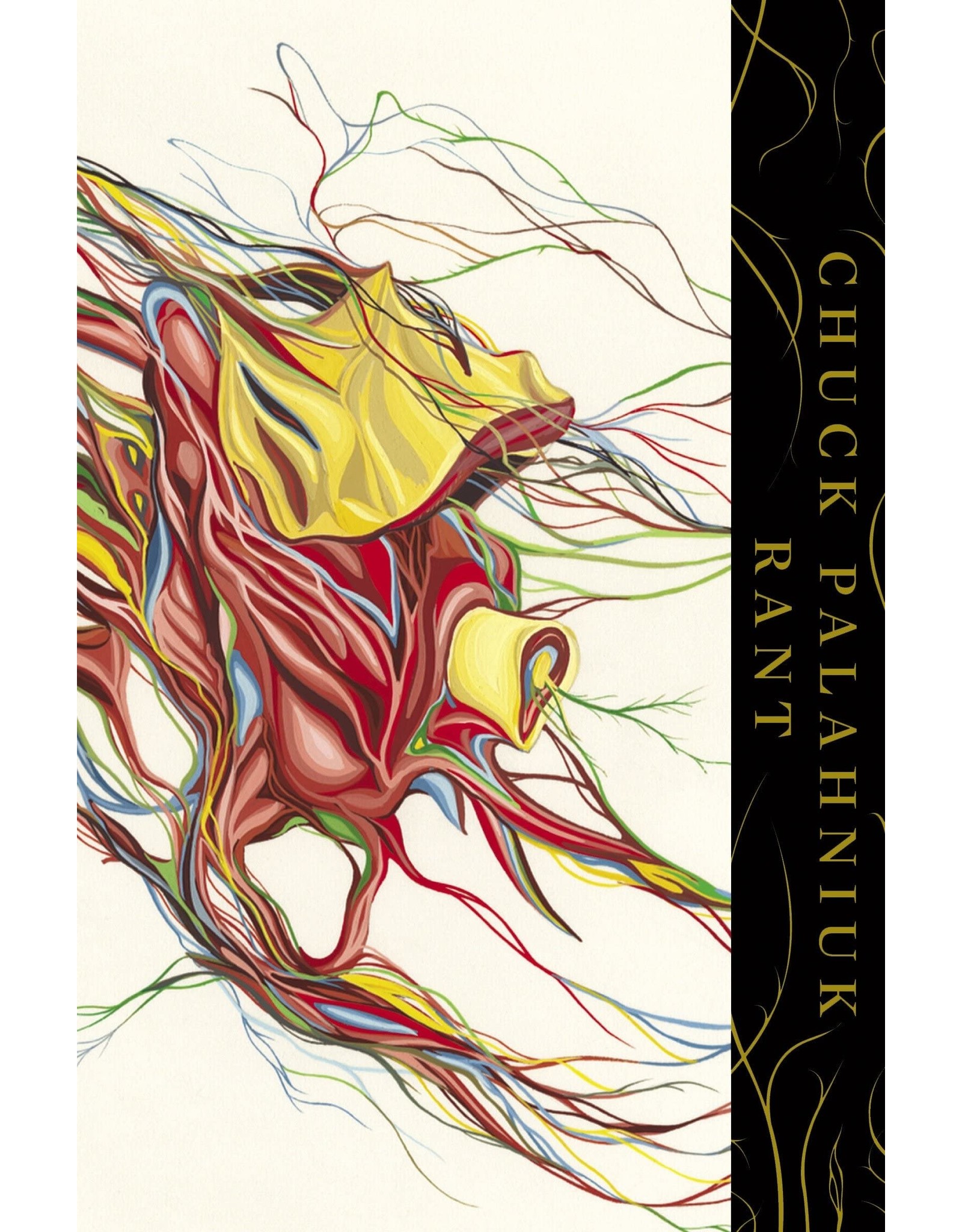 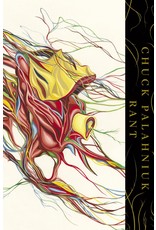 The provocative and mind-bending new novel from the bestselling author of Fight Club and Haunted.

Rant takes the form of a (fictional) oral history of Buster “Rant” Casey, in which an assortment of friends, enemies, admirers, detractors, and relations have their say on this evil character, who may or may not be the most efficient serial killer of our time.

Buster Casey was every small kid born in a small town, searching for real thrills in a world of video games and action/adventure movies. The high school rebel who always wins – and a childhood murderer? – Rant Casey escapes from his hometown of Middleton into the big city and becomes the leader of an urban demolition derby called Party Crashing, where, on designated nights, the participants recognize each other by dressing their cars with tin-can tails, “Just Married” toothpaste graffiti, and other refuse, then look for special markings in order to stalk and crash into each other. It’s in this violent, late-night hunting game that Casey makes three friends. And after his spectacular death, these friends gather the testimony needed to build an oral history of his short life. Their collected anecdotes explore the charges that his saliva infected hundreds and caused a silent, urban plague of rabies . . .

Expect hilarity and horror, and blazing insight into the desperate and surreal contemporary human condition as only Chuck Palahniuk can deliver it. He’s the postmillennial Jonathan Swift, the man to watch to learn what’s – uh-oh – coming next.