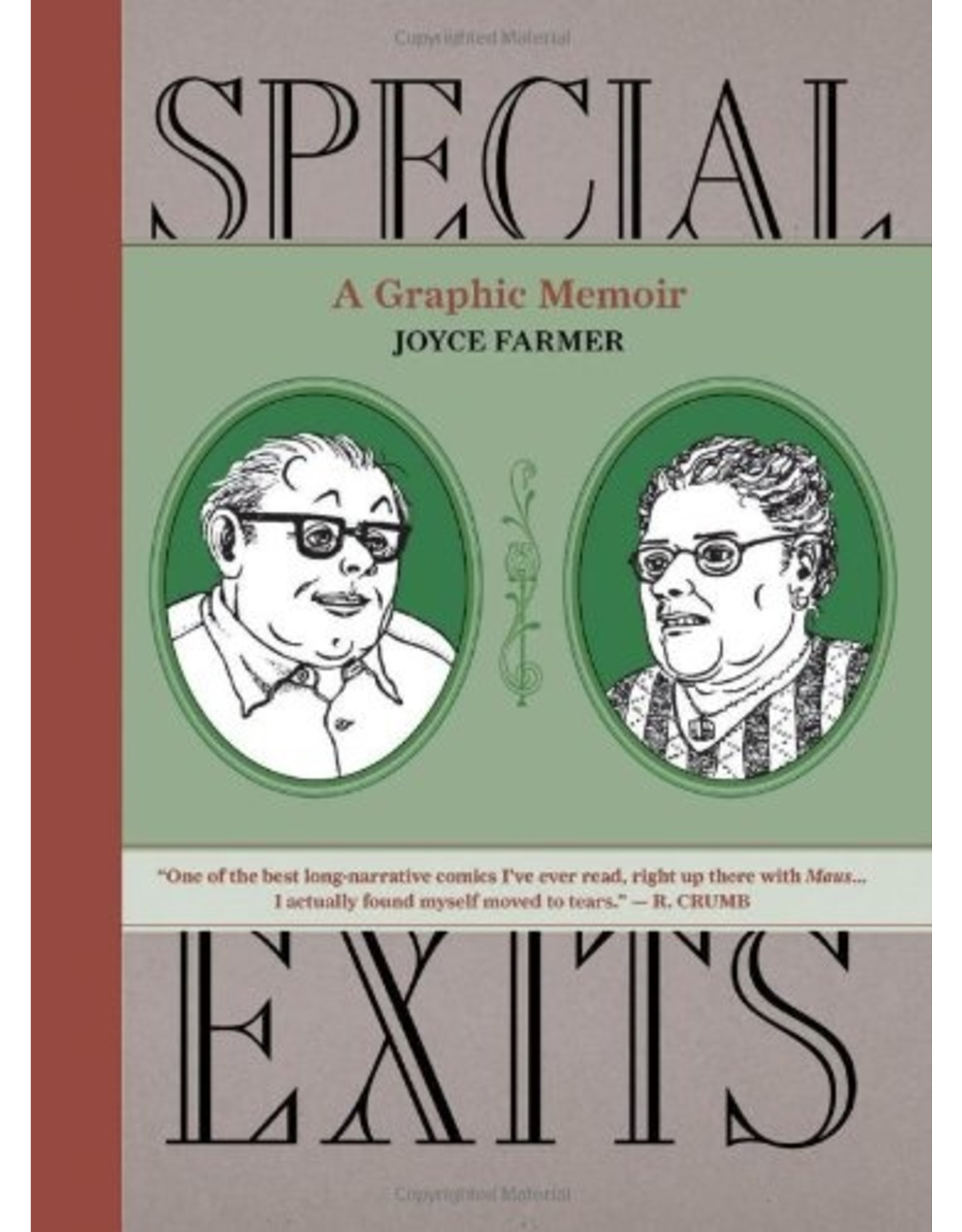 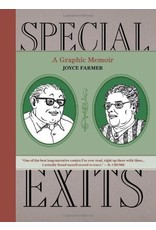 Special Exits chronicles the decline of Lara (Farmer’s stand-in)’s elderly parents (Lars and Rachel)’s health. Set in southern Los Angeles (which makes for a terrifying sequence as blind Rachel and ailing Lars are trapped in their home without power during the 1992 Rodney King riots), backgrounds and props are lovingly detailed: these objects serve as memory triggers for Lars and Rachel, even as they eventually overwhelm them and their home, which the couple is loathe to leave. Rendered in thin, confident pen lines, Special Exits is laid out in an eight-panel grid, which creates a leisurely storytelling pace that not only helps to convey the slow, inexorable decline in Lars’ and Rachel’s health, but perfectly captures the timbre of the exchanges between a long-married couple: the affectionate bickering; their gallows humor; their querulousness as their bodies break down. Though Lars and Rachel are the protagonists of Special Exits, Farmer makes her voice known through creative visual metaphors and in her indictment of the careless treatment of the elderly in nursing homes.