The Graphic Canon, Vol. 2: From "Kubla Khan" to the Bronte Sisters to The Picture of Dorian Gray

Home / The Graphic Canon, Vol. 2: From "Kubla Khan" to the Bronte Sisters to The Picture of Dorian Gray 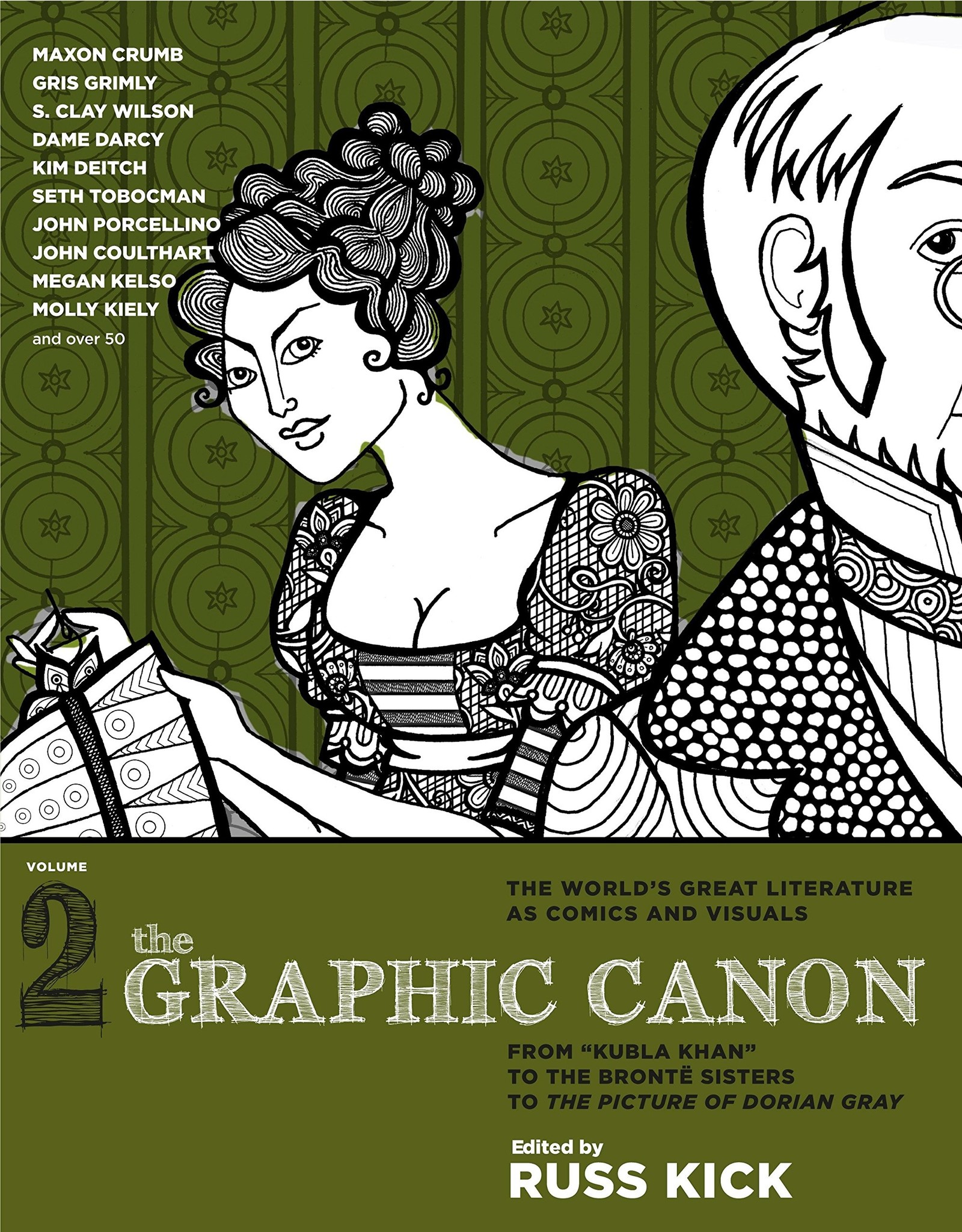 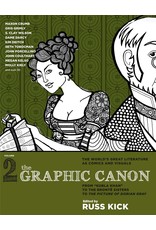 The Graphic Canon, Volume 2 gives us a visual cornucopia based on the wealth of literature from the 1800s. Several artists—including Maxon Crumb and Gris Grimly—present their versions of Edgar Allan Poe’s visions. The great American novel Huckleberry Finn is adapted uncensored for the first time, as Twain wrote it. The bad boys of Romanticism—Shelley, Keats, and Byron—are visualized here, and so are the Brontë sisters. We see both of Coleridge’s most famous poems: “Kubla Khan” and “The Rime of the Ancient Mariner” (the latter by British comics legend Hunt Emerson). Philosophy and science are ably represented by ink versions of Nietzsche’sThus Spake Zarathustra and Darwin’s On the Origin of Species.

Frankenstein, Moby-Dick, Les Misérables, Great Expectations, Middlemarch, Anna Karenina, Crime and Punishment (a hallucinatory take on the pivotal murder scene), Thoreau’s Walden (in spare line art by John Porcellino of King-Cat Comics fame), “The Drunken Boat” by Rimbaud, Leaves of Grass by Whitman, and two of Emily Dickinson’s greatest poems are all present and accounted for. John Coulthart has created ten magnificent full-page collages that tell the story of The Picture of Dorian Gray by Oscar Wilde. And Pride and Prejudice has never looked this splendiferous!

This volume is a special treat for Lewis Carroll fans. Dame Darcy puts her unmistakable stamp on—what else?—the Alice books in a new 16-page tour-de-force, while a dozen other artists present their versions of the most famous characters and moments from Wonderland. There’s also a gorgeous silhouetted telling of “Jabberwocky,” and Mahendra’s Singh’s surrealistic take on “The Hunting of the Snark.”