The Graphic Canon, Vol. 3: From Heart of Darkness to Hemingway to Infinite Jest

Home / The Graphic Canon, Vol. 3: From Heart of Darkness to Hemingway to Infinite Jest 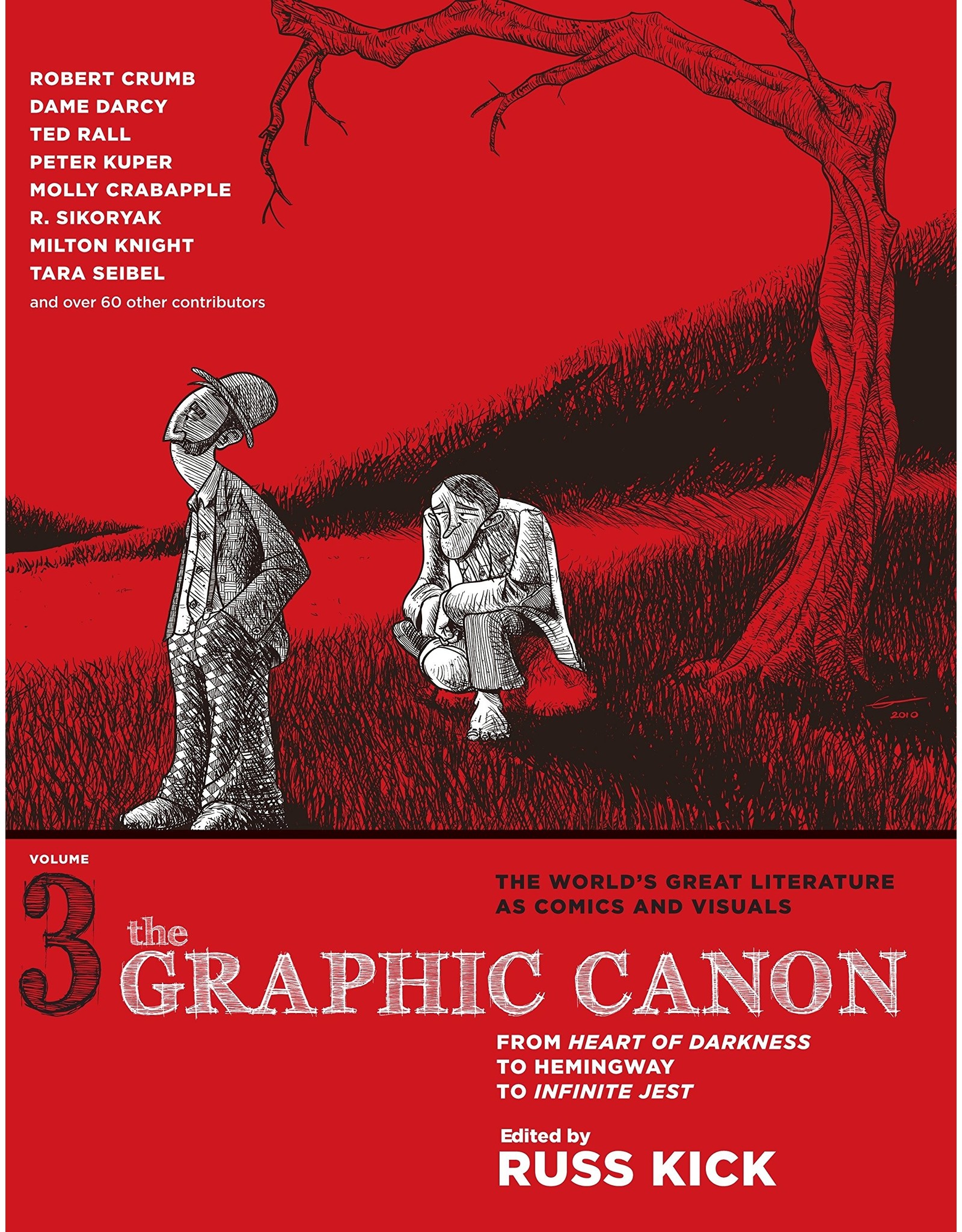 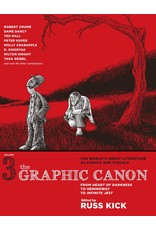 The classic literary canon meets the comics artists, illustrators, and other artists who have remade reading in Russ Kick's magisterial, three-volume, full-color The Graphic Canon, volumes 1, 2, and 3.

Volume 3 brings to life the literature of the end of the 20th century and the start of the 21st, including a Sherlock Holmes mystery, an H.G. Wells story, an illustrated guide to the Beat writers, a one-act play from Zora Neale Hurston, a disturbing meditation on Naked Lunch, Rilke's soul-stirring Letters to a Young Poet, Anaïs Nin's diaries, the visions of Black Elk, the heroin classic The Man With the Golden Arm (published four years before William Burroughs' Junky), and the postmodernism of Thomas Pynchon, David Foster Wallace, Kathy Acker, Raymond Carver, and Donald Barthelme.

The towering works of modernism are here--T.S. Eliot's "The Love Song of J. Alfred Prufrock" and "The Waste Land," Yeats's "The Second Coming" done as a magazine spread, Heart of Darkness, stories from Kafka, The Voyage Out by Virginia Woolf, James Joyce's masterpiece, Ulysses, and his short story "Araby" from Dubliners, rare early work from Faulkner and Hemingway (by artists who have drawn for Marvel), and poems by Gertrude Stein and Edna St. Vincent Millay.

You'll also find original comic versions of short stories by W. Somerset Maugham, Flannery O'Connor, and Saki (manga style), plus adaptations of Lolita (and everyone said it couldn't be done!), The Age of Innocence, Siddhartha and Steppenwolf by Hermann Hesse, "The Negro Speaks of Rivers" by Langston Hughes, One Flew Over the Cuckoo's Nest, Last Exit to Brooklyn, J.G. Ballard's Crash, and photo-dioramas for Animal Farm and The Wonderful Wizard of Oz. Feast your eyes on new full-page illustrations for 1984, Brave New World, Waiting for Godot, One Hundred Years of Solitude,The Bell Jar, On the Road, Lord of the Flies, The Wind-Up Bird Chronicle, and three Borges stories.

Robert Crumb's rarely seen adaptation of Nausea captures Sartre's existential dread. Dame Darcy illustrates Cormac McCarthy's masterpiece, Blood Meridian, universally considered one of the most brutal novels ever written and long regarded as unfilmable by Hollywood. Tara Seibel, the only female artist involved with the Harvey Pekar Project, turns in an exquisite series of illustrations for The Great Gatsby. And then there's the moment we've been waiting for: the first graphic adaptation from Kurt Vonnegut's masterwork, Slaughterhouse-Five. Among many other gems.