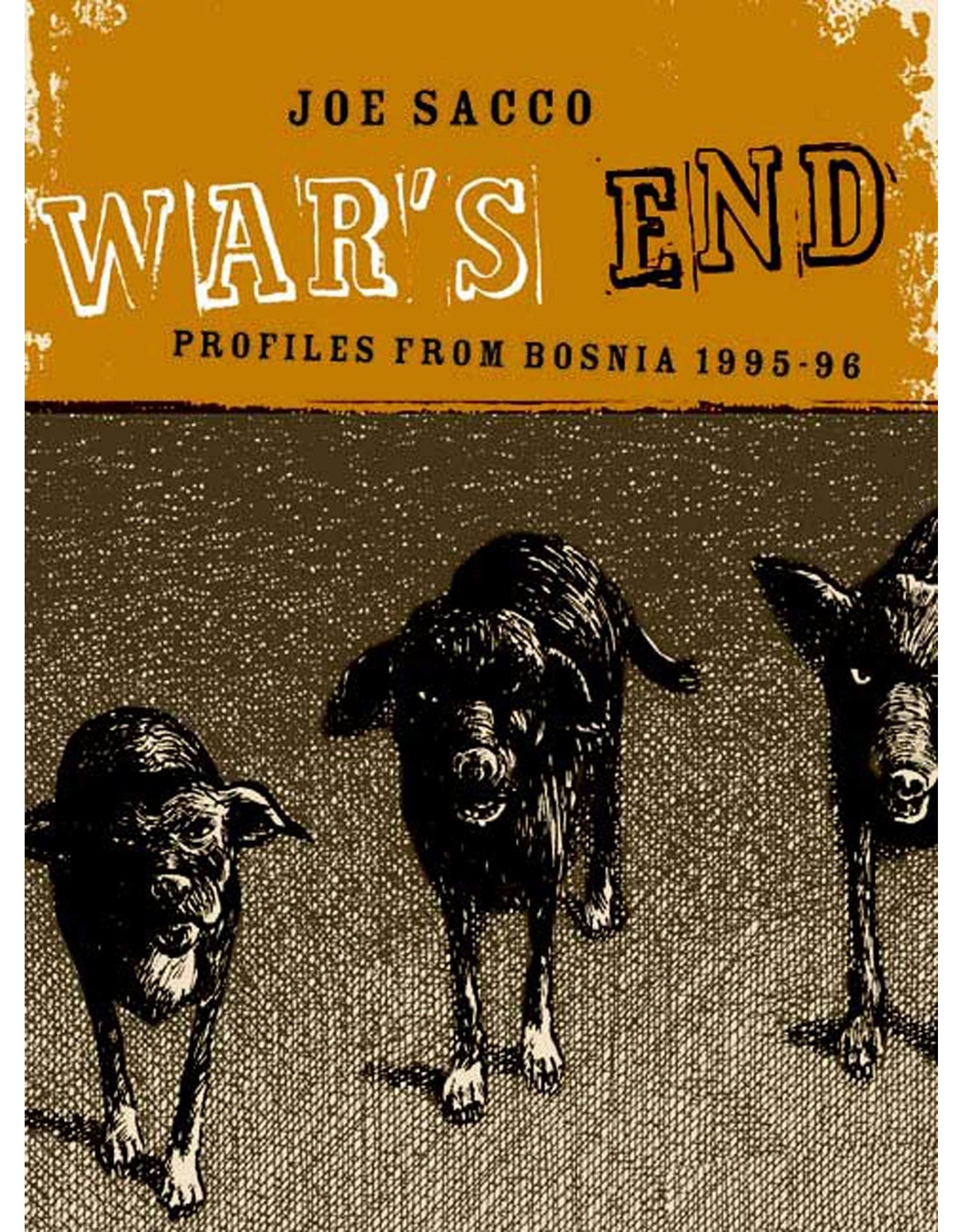 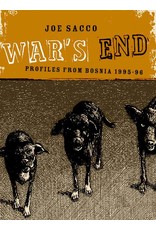 War cartoonist Joe Sacco visits the Bosnian conflict to uncover the stories that are often ignored or uncovered by traditional media.

How does an artist reconcile being forced to go to the front line of a brutal conflict that will change his life and homeland forever? What happens when a reporter finally comes face-to-face with an evil war criminal? Before his groundbreaking graphic novels Safe Area Gorazde and The Fixer, Palestinian author Joe Sacco created two short stories with characters from each side of the crossfire. Collected for the first time in War's End: Profiles from Bosnia 1995–1996 are the acclaimed Soba and Christmas with Karadzic. In Soba, Sacco captures the internal torment of the romanticized Sarajevo artist-warrior who captivated the Western media with his guitar and hard-partying ways. In Christmas with Karadzic, Sacco gives the reader an inside peek at the darkly humorous news process that doesn't make the headlines back home as he chases after one of the most hated and sought-after Bosnian Serb leaders and war criminals.