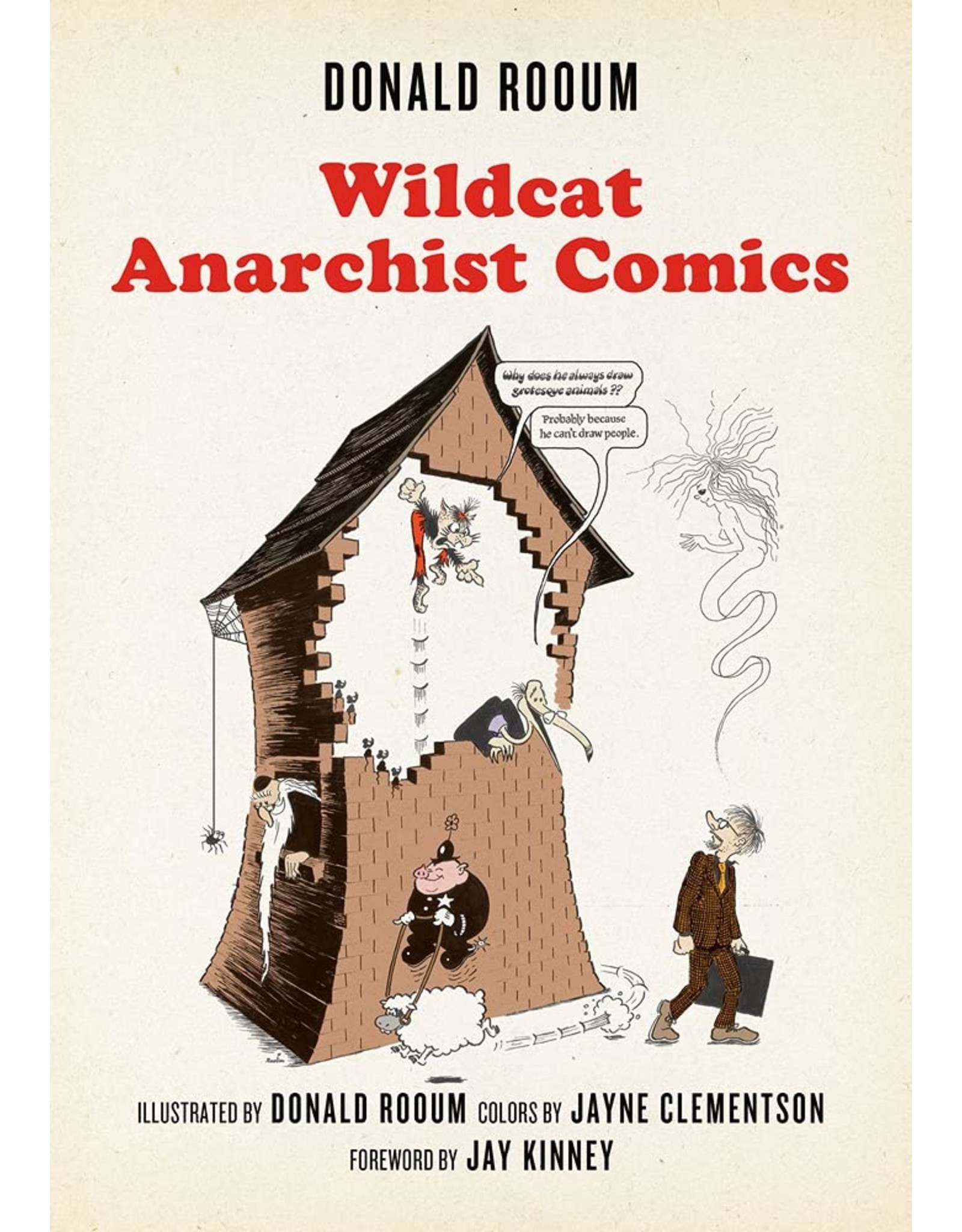 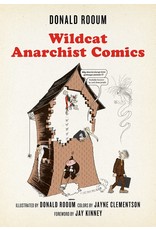 Wildcat Anarchist Comics collects the drawings of Donald Rooum, mostly (but by no means entirely) from the long-running “Wildcat” cartoon series that has been published inFreedom newspaper since 1980. Rooum does not just purvey jokes but makes the drawings comical in themselves, “getting the humour in the line,” provoking laughter even in those who do not read the captions or speech balloons.

The chief characters in the strip are the Revolting Pussycat, a short-fused anarchist who is furious and shouty; and the Free-Range Egghead, an intellectual who would like anarchism to be respectable but sometimes appears foolish. Governments, bosses, and authoritarians are presented as buffoons, and quite often so are anarchists. This thoughtful and delightful collection includes strips fromThe Skeptic and many more, all beautifully colored for the first time by Jayne Clementson.

The book also includes a lively autobiographical introduction that discusses Rooum’s role in the 1963 “Challenor case,” in which a corrupt police officer planted a weapon on Rooum at a demonstration, ultimately resulting in Rooum’s acquittal.